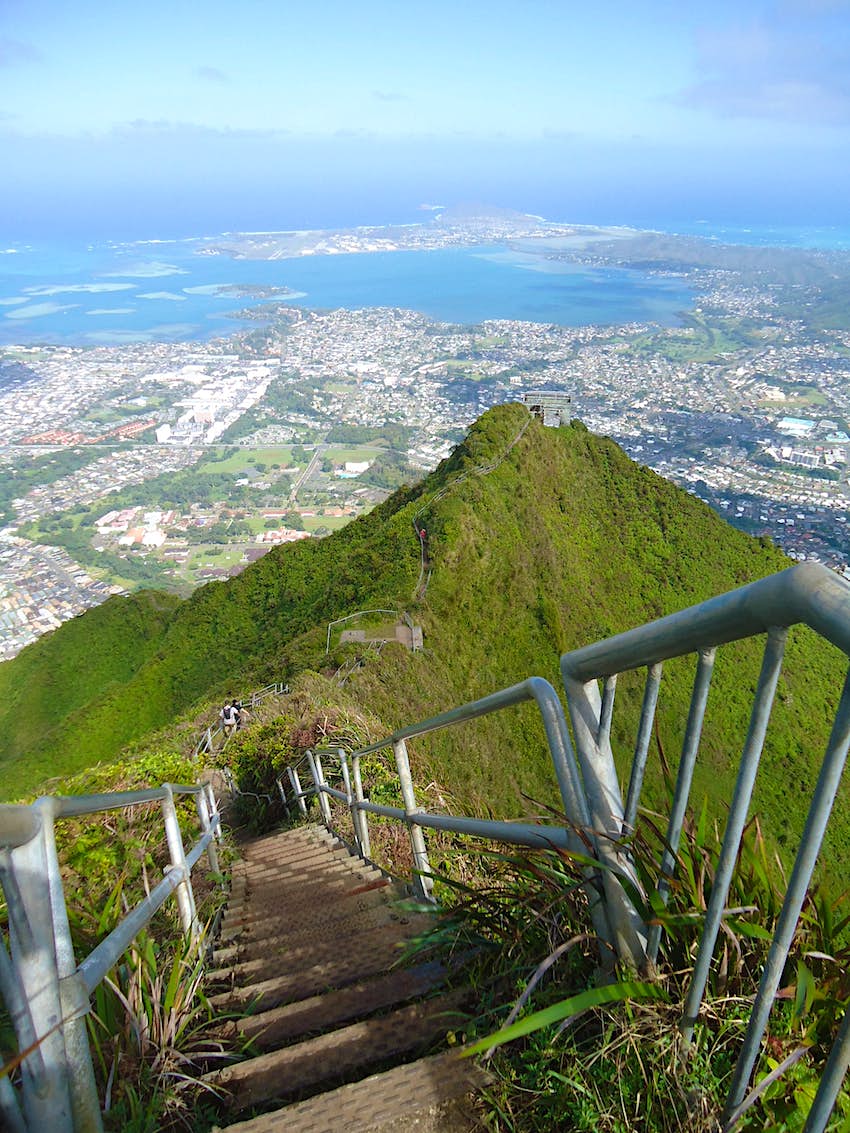 Last week the Honolulu City Council voted to remove the Ha’iku Stairs, also known as the “Stairway to Heaven.”

Originally built by the US Navy in the 1940s to access a radio station, the stairs have become an illicit tourist attraction, drawing thousands of thrillseekers every year who trespass on private residential property to ascend the 3000-plus stairs along the spine of the Koolau Mountains.

The stairs were formally closed in 1987, but visitors continued to come. Residents say the problem has increased in recent years due to social media, despite the threat of a $1000 fine.

On Tuesday Honolulu Mayor Rick Blangiardi approved the removal of the stairs, citing concerns over public safety and lack of infrastructure to support visitors.

“We recognize the interest the stairs have to certain community groups, however issues such as trespassing, personal injuries, invasive species and overall safety of the public cannot be ignored,” Blangiardi said in a statement. “Fundamentally, it is inappropriate to have a high-use tourist attraction entering through this residential neighborhood, which lacks in the capacity to provide appropriate facilities or parking.”

Advocates for the stairs disagree, saying that the hiking trail is an important part of the local landscape. In an editorial in the Honolulu Star-Advertiser, Charles Burrows wrote that removing the stairs is akin to restricting access to local beaches. “Can you imagine if we permanently closed down our beach parks like Sandy
Beach, Hanauma Bay or Pipeline because of liability concerns?”

The debate over what to do with the stairs has gone on for decades. After World War II, the Navy handed over management of the radio station to the Coast Guard. In the 1970s, hikers could access the trail with a signed waiver from the Coast Guard.

As the popularity of the trail grew, so did reports of trash, vandalism and trespassers, leading the Coast Guard to permanently restrict access in 1987.

Local organizations like the Friends of Haiku Stairs and the Kaneohe Neighborhood Board tried to establish a plan that managed access, but it never succeeded.

In 2002, nearly $1 million was spent to repair the stairs with a plan to reopen them, but after a landslide at Sacred Falls on the North Shore killed nine hikers, the plan was scrapped.

Archbold, Matt (1968 – ) & Surfing  Regularfoot surfer from San Clemente, California; one of the sport’s great natural talents, introduced in the mid-1980s as a bashful child prodigy, then