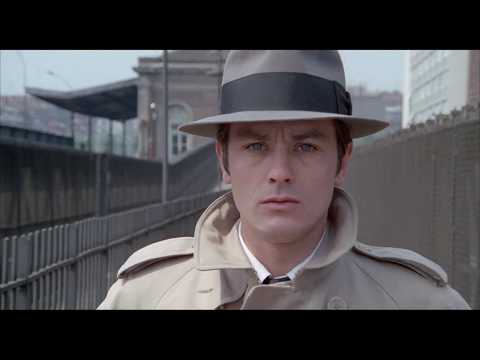 If you ask an aspiring filmmaker to name their contemporary role models, there’s a good chance that Quentin Tarantino will feature on that list. His seminal masterpieces like Pulp Fiction have inspired multiple generations of students to pick up a camera and enter the notoriously exclusive world of cinema with a subversive irreverence.

Although Tarantino had entered that very world with the screenplay of True Romance, his feature film debut, Reservoir Dogs, would be the first significant breakthrough that would shape the landscape of American cinema in the 1990s. Since the very beginning of his career, Tarantino has always acknowledged the influence of other pioneers.

In an exclusive interview, Tarantino revealed that he had fallen in love with the cinema of Jean-Luc Godard and had fallen out of love with it just as quickly: “I’m not really a big fan of Jean-Luc Godard anymore, I think… Godard is kind of like Frank Frazetta. You get into him for a while and he’s like your hero for a little bit. You start drawing shit like him and then you outgrow. I think that’s what Godard is, at least for me anyway, as a filmmaker.”

Adding, “I’m not trying to be disrespectful, I just think I have outgrown him. Godard was so influential to me at the beginning of my aesthetic as a director… It’s kind of like a lack of any type of film style, just wanting to make movies for the love of it. Godard is one who taught me the fun and the freedom and the joy of breaking rules…and just fucking around with the entire medium but I consider Godard to be to cinema what Bob Dylan was to music.”

On the other hand, Tarantino revealed that he still loved Godard’s New Wave contemporary Jean Pierre Melville: “Melville is the Godard I haven’t grown out of. I love Melville’s take on genre, I think Melville along with Sergio Leone [are] the greatest re-constructionists of genre. [He delivers] completely in his own way, he knows the rules of the gangster films and he was in love with the film noir of the ’40s and the gangster films of the ’30s. He took the same plots and he took banal American crime novels and did them his own way.”

Check out the full list of role models that Quentin Tarantino dedicated the screenplay of Reservoir Dogs to. Tarantino had included this list on the cover page of the script and wanted the film to open with these names but he felt it was too obnoxious.

<div><p>EXCLUSIVE: Tommy Lee Jones is being set to star alongside Jamie Foxx in Amazon’s The Burial, with Maggie Betts directing. Jones plays a lead role … </p> <p>The post <a rel="nofollow"